I was planning on making up my peplum top straight from the pattern but as usual, the measurements had me totally puzzled. If I went by what was written on the packet, I probably would have made up a size 20, but seeing as I only had the pattern in size B5 (8-16), I figure I'd try my luck with a toile using the largest size (16) using some fabric on hand. I've made Vogue patterns in smaller sizes previously so I wasn't too convinced but I felt a little more reassured by Tracy's version on PatternReview - it looked great and her comments around sizing were on par with what I was hoping to make up. 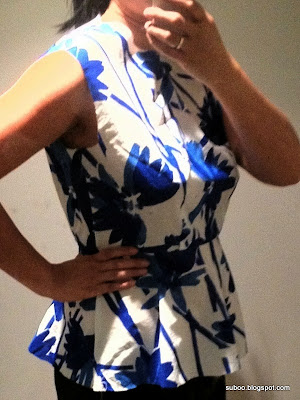 Check it out - the 16 (also known as a size I've never sewn up, ever!) fits perfectly! What's up with that? I would've been pretty narky if I had actually gone out and bought the larger sized pattern because of the measurements. I did sit there for a bit and think hmmm maybe I just have an odd shaped body but really - it's not THAT weird...

Anyhoo, I'm happy that the toile did fit. I might even try to make this into something wearable - I thought the print would be a bit much for this style of top but it's turned out better than I expected. I'll see how I go, but for now I get to cut up some of the good stuff. *yay*

I'm probably going to make it in boring - I like to think classic hehe - black so it's a bit more versatile and office friendly. I'm still deciding about sleeves vs. no sleeves...
Posted by SuBoo at 00:38 7 comments:

Labels: I made this, Vogue

Look what arrived in the mail today - Drape Drape - in English!

I'm going to spend a good amount of time tonight flicking through this but from the bits and pieces I've picked up from the blogosphere, I think there will be at least a couple of things I'll want to try making up from here.

I was given a Japanese pattern book awhile ago (thanks Kaz Kaz!) and as much as I'd like to recommend it to people as a great little book for baby/toddler clothing, I can't read Japanese and this one doesn't have any English on it at all (unlike the famous Stylish Dress Book, which at least has an English title). Here's a picture of the cover at any rate in case anyone wants to do some hunting and/or translating. 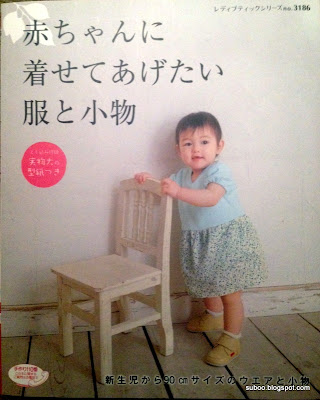 The pants are made out of linen, with the pockets trimmed with some super cute Kokka fabric, which I picked specifically with my little nephew HYB in mind. 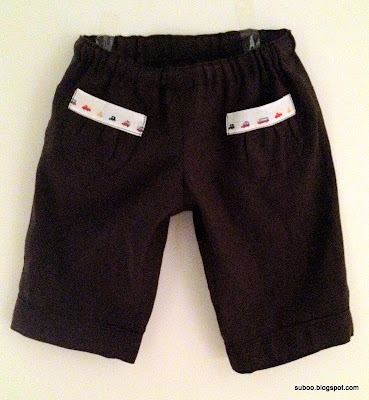 I'm pretty happy with the way they turned out, although I think my lack of Japanese reading skills resulted in slight incorrect measurements - the trouser cuffs don't actually look like cuffs but more like a standard wide hem.

My favourite bit? The super cute pockets! It's the first time I've made rounded pockets and the technique shown in the book of gathering the corners of the pocket bottoms really worked well.

Here's a close up of the pockets attached.

I'm tempted to make a matching top out of the Kokka fabric but I suspect it might be a bit too pyjama-top like. Thoughts?
Posted by SuBoo at 16:30 No comments:

Labels: I made this, Japanese pattern, Things for Little People

I've been continuously thinking about the fabric I used to make my dressy Tiny Pocket Tank and figured that even though it's been a couple of weeks since I bought the fabric, I might get lucky and still find some left to make into a tank or dress for myself. I hotfooted it down to the closest Spotlight but alas - no luck.

It wasn't a waste of a trip though - after a bit of scrounging around I managed to find some other pretty prints - not quite the same but still in the vein of what I was going for so I'm pretty happy. I  bought enough of each to make up a tank - at least one of them will end up in my closet I'm sure. 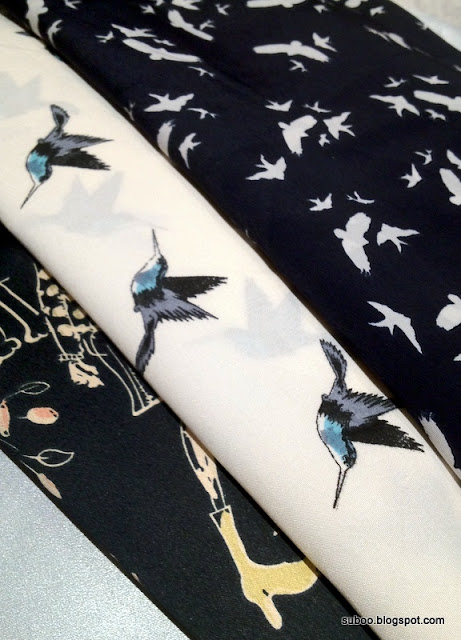 I also picked up Vogue 8815 - it seems to be the latest thing that everyone is sewing up so I thought I'd jump on the peplum bandwagon too :) 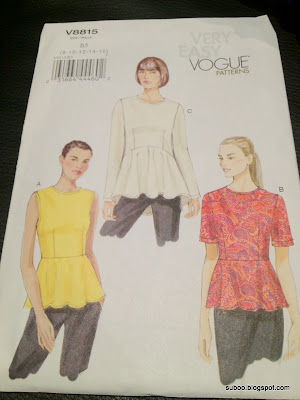 After a trial run at my first Tiny Pocket Tank, I decided that I was going to make a more upmarket version of this Grainline Studio pattern for a birthday present for my SIL. Something that could be worn both during the day and at night - out shopping or out for drinks.

Now... upmarket, fashionable, trendy - where would I find the perfect material.... certainly not *gasp* Spotlight surely??

But yes, Spotlight was a winner! Check it out - I fell in love with this print as soon as I saw it! Navy blue, shiny, slinky and with an absolutely gorgeous bird print - how could I say no?


All I can say is lucky for my SIL I'm a lot bigger than she is because I was very very tempted to keep it for myself. Pointless if really all it fits is my arm and half my head ;)
Posted by SuBoo at 17:33 3 comments:

Labels: Grainline Studios, I made this
Older Posts Home
Subscribe to: Posts (Atom)